You’re probably here because you’re having trouble teaching your baby to drink from a straw cup. I had the same challenge too when my son was 6 months old and we were starting baby-led weaning.

He was an exclusively breastfed baby who refused to take a bottle from birth, so my only hope to get him off the breast was to teach him to drink from a straw cup as quickly as possible.

I tried so many tactics and so many products until I stumbled upon a method that worked. In this post, I’ll share with you how I managed to teach my baby to drink from a straw cup successfully.

You may also like: The Ultimate Guide To Bathing Your Toddler (answers to 16 important questions)

Why should babies learn to drink from a straw cup?

You may be wondering if a straw cup is better than a sippy cup. The answer is Yes.

Straw cups are better than sippy cups because they help babies strengthen their tongue, cheek, and lip muscles which they need for chewing and swallowing food as well as drinking.

The hard spout of a sippy cup makes it very difficult for babies to get their tongues in the right position for mature drinking.

So sippy cups promote the immature sucking motions babies use when suckling from the breast, bottle, or pacifier.

You may also like: Tips To Help You Brush Your Toddler’s Teeth (plus answers to 5 FAQs)

Speech therapists say that when babies don’t have strong mouth muscles, they end up with speech delays. This is because the same muscles needed to suck water through a straw, are the muscles also used for speaking.

Another interesting fact to note is that sippy cups are responsible for a lot of emergency room visits. According to the American pediatric association, about 2270 cases of injury associated with a sippy cup are reported each year.

These injuries (mostly laceration in the mouth) occur in children ages 3 and younger who use sippy cups regularly.

This is probably because the hard spout breaks when children hit the floor. This would not occur with a straw cup because most straw cups are made with soft silicone materials.

You may also like: 27 Awesome Outdoor Activities For 1 to 2-Year-Olds

Pin Me For Later!

When should I teach my baby to drink from a straw cup?

It is recommended that you introduce a straw cup between 6-9 months, as soon as your baby is ready to eat solid food.

At this age, babies have developed enough eye-hand-mouth coordination to pick up a cup and put it in their mouths.

Taking sips from the straw cup is a big learning experience that takes a lot of time for most babies.

With that being said, let me show you how I got my son to drink from his straw cup in just 3 days.

How to teach your baby to drink from a straw cup

I recommend buying a weighted straw cup for new cup drinkers. Weighted cups make it easy for babies to get the water out no matter what angle the cup is tilted at.

I use the Lollaland Weighted Straw cup for my son because I love the design. It has large handles for my kid to hold up to his mouth himself. It’s also spill-proof.

The first day I got the cup, I filled it with water and let my baby play with it all day. He was able to bring it to his mouth but was unsuccessful in drinking.

He mostly chewed on it.

The goal was for him to practice as much as possible. I knew he wouldn’t drink right away.

You may also like: 9 Important Skills You Should Be Teaching Your 1-Year-old

During my research into the benefits of using a straw cup, I had run across a cool product called the Richell Aqulea Straw Mug.

It is a training straw cup that has a very soft lid designed specifically to help babies drink. When you push on the lid, it creates pressure inside the cup to push the water upwards into the baby’s mouth. See the image below.

I used this product with my son on the second day. I filled it up with water and held it up to his mouth. Upon pushing the lid, the water flowed freely into his mouth.

I did it a few times until he started associating the straw with water.

Later on during the day, I gave him the cup to encourage him to drink without me pushing the lid for him.

He drank from it himself. The lid is so soft that even a young baby can push on it without even trying. Just from fumbling with the cup, he was able to put pressure on the lid and get the water out.

You may also like: Easy Stay-at-Home Mom Schedules – From Cleaning To Childcare

On the third day, I put away the training straw mug and brought out the regular Lollaland Weighted Straw Cup. I put breastmilk in the cup this time to encourage him to drink from it. I was surprised when he latched on and immediately started drinking with no problem.

A quick tip: you want to make sure that you use the straw cup every day, in every meal to give your child enough practice with it.

It is very easy for kids to forget new skills at this age. I learned this the hard way when I stopped giving him a drink in his straw cup for a few days.

He regressed to the beginning as if he never learned at all. I had to retrain him using the Richell training mug again.

Enter For A Chance To Win A Pampers Gift Basket worth $100.

It took only a day for him to re-learn the skill, but I wished he didn’t regress in the first place.

What if you wanted your baby to drink from a regular straw, how would you teach that?

How to Teach A baby To Drink From A Straw

Like anything you teach your baby, it takes practice and patience. The good news is, if they already learned how to use a straw cup then it will be easy to learn to use a regular straw.

Try giving thick liquids that don’t spill so easily. They won’t suck up too much at a time when they finally start drinking.

When I taught my kid this skill, I gave him homemade smoothies in a small cup.

Another suggestion is to use a soft silicone straw. You can find them on Amazon. I recommend the Nightingale Silicon straw.

With continuous practice, your kid will be drinking from a straw in no time.

How to teach a baby to drink from an open cup

Drinking from an open cup is arguably the hardest for most babies to learn. Think about it. They’ve been sucking on a nipple, bottle, or pacifier for 6 months of their life.

Now they have to learn to get liquid from a source that feels and looks nothing like a breast or bottle.

To teach this skill, I suggest using one of those tiny cups sold on Amazon or Etsy. We use the EZPZ tiny cup for my son.

As mentioned above, you want to start an open cup introduction with thick liquids like smoothies. Those are harder to spill.

Allow your child to practice picking up the cup himself and bringing it to their mouth. If it’s too difficult, you can assist.

The goal here is to teach them independence. Drinking on your own is an important life skill for babies to learn, so make sure you gradually loosen the reins.

I hope these suggestions help you teach your kid to use a cup.

Now let’s look at answers to some other frequently asked questions you may have.

Can a baby drink milk from a straw cup?

A baby can drink milk and other liquids from a straw cup. I had to transition my son from breastfeeding straight to using a straw cup because he refused bottles from birth.

I was desperate to get him to drink independently so I could have some time to myself.

Transitioning to a straw cup was the best decision for him. He drinks milk, smoothies, and other liquids from his straw cup independently now.

Do straw cups cause tooth decay?

From all the research I have done, straw cups do not cause tooth decay when used correctly.

If a child uses a straw cup or sippy cup all day, and their teeth are always coated in sugary liquids (from milk and other sweet drinks) then this would lead to developing tooth decay.

The same thing goes with snacking all day or having a pacifier in the mouth constantly. Excessive use of pacifiers can lead to improper tooth development.

To avoid these problems, make sure you only give your baby liquids at mealtime. Try to give only water and avoid sugary drinks.

In this article, I’ve given you step-by-step instructions on how I transitioned my baby to using a straw cup in 3 days. I also answered some straw cup vs sippy cup-related questions.

No matter how long it takes to just remember to be patient and soon your baby will be drinking like a champ.

Don’t forget to subscribe to my email list to get notified of new blog posts and get weekly journaling prompts. 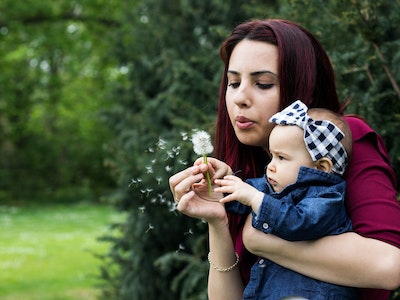 Thinking of becoming a homemaker? If so then you must be wondering how you can prepare for homemaking. And what some of the duties of a homemaker are. Deciding to become a homemaker can be very stressful, especially if you don’t have anyone in your life who has taken on this role. Here’s an article… 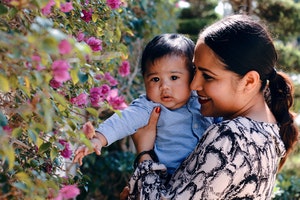 We all know that being a stay-at-home mom is a very challenging job. Anything you can do to save a few extra minutes a day will help you maintain your sanity. You can use the time you saved for self-care and relaxation. You can also spend it making memories with your kids. I’ve been a… 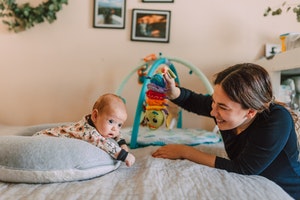 Stay-at-Home Mom Schedule With A Newborn The newborn stage is one of the hardest for any stay-at-home mom. If you have other kids, the stress is doubled.  What really helped me thrive in the newborn phase was learning all about wake windows. A wake window is how long your baby should be awake before going… 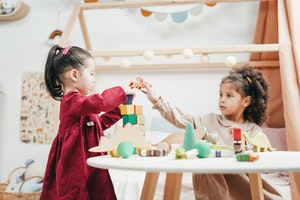 At some point in the first year of my kids’ lives, I noticed that they no longer wanted to play alone. They became very clingy and only wanted to play with me. They would cry or get upset when I left the room.  Sometimes, they would just want to sit next to me while they… 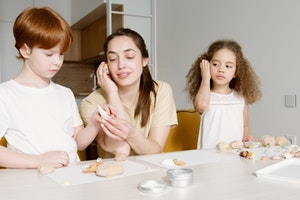 If you’re looking for a simple stay-at-home mom daily schedule you can follow to help you plan out your day, then you’ve come to the right place. Creating a schedule was the only thing that gave me sanity in the early days of my SAHM life.  If you are an unstructured “go with the flow”… 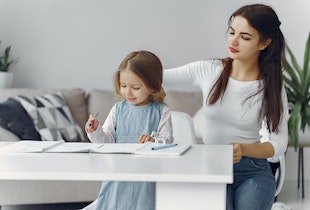 Are you wondering how you can become a more organized stay-at-home mom? If so, then you’ve come to the right place.  Staying organized is one of the biggest challenges stay-at-home moms face. There is always so much to do in a day. Things can become overwhelming pretty quickly when we are chasing after kids, doing…

This site uses Akismet to reduce spam. Learn how your comment data is processed.